On July 6, 2018 the Captain in duty of Swiss flagged sailing yacht Yuana observed a green spot 10 nautical miles south of The Needles, central southern UK. It soon turned out that there was a crocodile in distress, still alive and afloat. The particular individual was wearing neither a life vest, nor had it any radio device to call for help.

Not considering the current winds which were low anyway at the time the emergency situation was understood, junior captain immediately turned the sailing yacht, now becoming a rescue vessel.

The crocodile was successfully rescued by the young crew of Yuana, which deserves to be awarded with the Golden Medal of Honor, one each.

The animal seems to be somewhat exhausted but still looks very grim and angry. From the instructions of use printed on the croc itself and under consideration of the winds of the past few days, it is believed that 205cm long and 80kg carrying Mr Ali Gater most probably escaped from a beach near Poole Bay. Mr Gater mumbled something about BREXIT.

The owners of Mr Gater are invited to collect their croc on July 7 from aboard sailing yacht Yuana, currently on its way, perhaps to Dover marina.

The rescue mission was documented by some most dramatic pictures, available here exclusively. 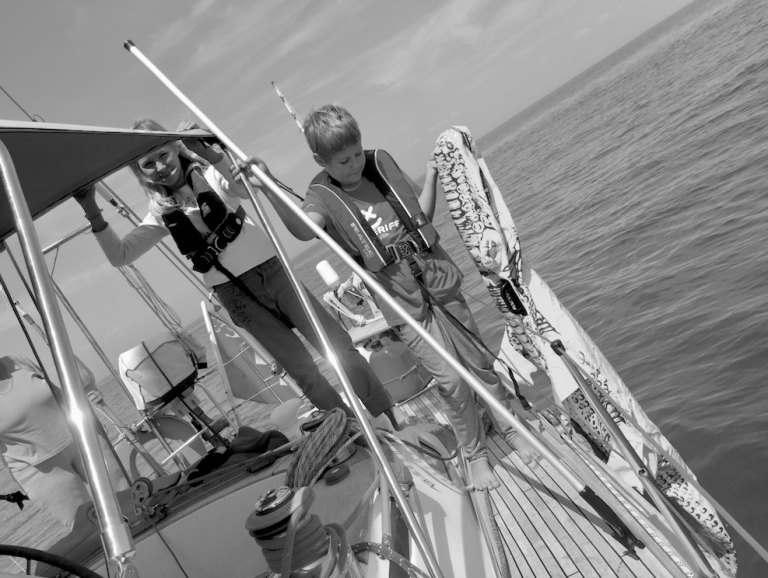 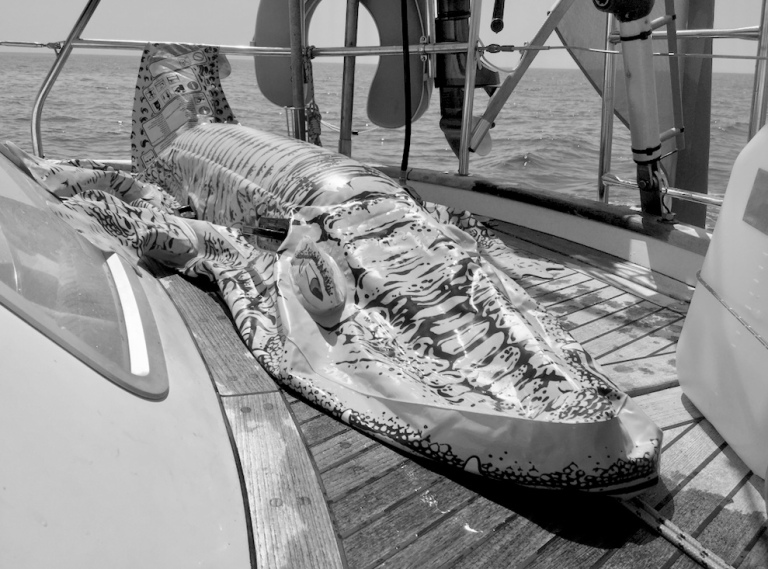